The Greenest Cities Around the World 🌿

Biohacking your way to health and happiness. ⚡️

The Greenest Cities Around the World 🌿 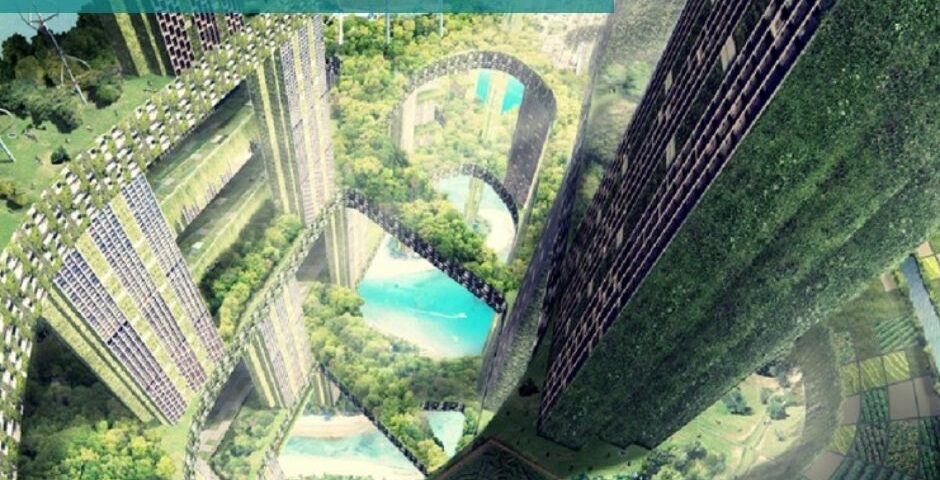 Around the world, there’s a huge push to combat the effects of climate change and create a cleaner, more livable planet. Much of that is already underway in our Green Cities.

Spanning six continents and a host of countries, these cities are making a concerted effort to vastly improve their ecological footprint. They’re doing so in a variety of ways, such as increasing renewable energy use, reducing greenhouse gas emissions, cleaning up waterways, improving public infrastructure, green development, and more. But the result is the same: Green Cities that make life better and healthier for their residents.

Let’s take a tour of some of the most notable Green Cities around the world:

Berlin is both the capital and largest city in Germany and yet one of the greenest cities in the world. While most cities have gone in the wrong direction for CO2 emissions, Berlin has actually cut their CO2 output by 1/3 since 1990.

The city features more than 2,500 green spaces, countless bicycle lanes, the lowest water consumption of any city in Europe, widespread education initiatives, and an incentive-based recycling system. Add it all up, and Berlin pledges to be carbon neutral by 2050 – and is one track.

The capital of Copenhagen, Denmark, has been named Europe’s Coolest Green City by Ecologist magazine. From public policy to green investment to the smallest details of its residents’ lives, the city focuses on sustainability and environmentally friendly measures. The coastal city not only accommodates but is seemingly built around bicycling and walking (only about 29% of households own a car there!), and even features a water quality warning system. It was the first city in the world to mandate a green roof policy and is aiming for a target of being carbon-neutral by 2025.

The city was the first in the world to adopt a planet-cooling mandatory green roof policy and continues its bid to become carbon-neutral by 2025.

Another European capital city shows up on most lists of green cities – Madrid. From biking to walking to solar-powered boats, Madrid integrates green spaces and environmentally clean endeavors into its leisure, architecture, and public spaces. For instance, Madrid’s taxis are mandated to be eco-friendly, plants life is woven into public buildings, and even their streetlights will soon be 100% energy efficient.

There are plenty of reasons to love Madrid, and now you have another one!

Once known as a war-torn drug haven, Medellin has completely turned around that reputation, becoming one of the most progressive and livable cities in the world. In fact, Medellin is known as the Silicon Valley of South America and is now pushing to become South America’s first Eco City. City officials and the business community are working together to cut carbon emissions, improve green infrastructure, expand cycling lanes and provide free electric bikes, and strike a balance with the beautiful spring-like environment that hosts the city.

One of the signature projects that really signaled a cultural shift and turned the city around after its bloody period was the Escalators Communa 13. Lined with street art, murals, shops and vendors, these outdoor people movers that connect the poor barrios on the steep hills that once were home to Pablo Escobar to the central city.

Another northern European nation on our list (sensing a theme here?!), Oslo is known as the Electric Vehicle Capital of The World. For many years, the vast majority of vehicles sold in Oslo and Norway are electric, and they’re fast moving towards 100% efficiency.

With a commitment to bicycle lanes, vibrant public transport, carefully rehabilitated streams and rivers, and a Green Belt Boundary that zones-off wildlife areas from further development, Oslo was awarded the coveted European Green Capital designation in 2019.

All of Norway is committed to being carbon neutral by 2050, and it looks like they will reach that goal sooner than expected, continuing their tradition of ecological responsibility.

One of the world’s megacities with more than 20 million residents, São Paulo also counts on renewable energy like few others. Since 2014, São Paulo’s new Strategic Master Plan focused on people-oriented development, improved public transport, and other clean energy initiatives.

To that point, there are more than 200 farmer’s markets throughout the city, providing locally sourced and environmentally friendly food sources that reduce the need for carbon emissions from big agriculture and transport.

Singapore is both a city and an island nation, located on the southern end of the Malay Peninsula. It’s also long been known as one of the cleanest and most environmentally conscious cities in the world, starting with its Singapore Green Plan back in 1992.

Touring through Singapore, you’ll see a marvel city planning, with green spaces, natural elements, and renewable energy technologies woven right into its architecture. Its towering skyscrapers look like something out of a futuristic movie, so much so that people often see an image of a Singaporean building and turn to Google to find out if it’s real.

The vast hive of parks and green spaces extends to 46% of the entire country, and Singapore is working towards having zero landfill waste by mid-century. There is even a city-wide initiative to build and maintain therapeutic gardens and parklands just for the elderly.

You’ve got to love Singapore!

While Denmark has taken the title of Greenest city in Europe, Stockholm was the original European First Green Capital, awarded in 2010 by the European Commission. These days, it’s the model for a green city around the world, counting entirely on renewable energy.

Stockholm renews its efforts to lead the environmentally friendly revolution with two important pieces of legislation: The Climate Action Plan and the Environment Programme. With those, they set they have the budget, the technology, and the will to become climate positive and fossil fuel free by 2040.

Tokyo may be a sprawling megacity, but it’s also one of the smartest cities in the world, with technology integrated to improve daily lives and living conditions. A lot of that hi-tech focus is to keep Tokyo clean and green. As early as 2002, Tokyo was implementing initiatives to improve green infrastructure and new development. With plenty of electric vehicles, renewable energy, and smart planning, Tokyo was the first Green City in Asia.

Western Canada’s Emerald City is the cleanest and greenest city in Canada and one of the most environmentally conscious in the world. Vancouver has the lowest greenhouse gas emission of any city in North America and more than 300 buildings certified as Green by the Vancouver city council.

Right now, Vancouver runs on more than 90% renewable energy, a large portion of it, hydroelectricity. City officials and residents are focused on improving upon those numbers and frequently retrofit buildings and revamp infrastructure and public transportation.

Thanks to its environmentally friendly footprint, Vancouver is also home to several prominent Green organizations, such as Greenpeace and the David Suzuki Foundation.

The venerable and storied city in Austria is actually a marvel of progressive green policy and planning. For instance, more than 50% of the city’s entire landmass is designated for parks, walking trails, and nature reserves. Additionally, Vienna’s residents have fully adopted the use of public transport, planning, and zoning responsibly, and other measures that encourage renewable energy.

Hopefully, we’ll start to see more cities adopt the initiatives, policies, and attitudes that made these the greenest cities in the world!